A downloadable game for Windows, macOS, and Linux

A father dies unexpectedly on the way back from work. However, before moving onto the afterlife, he is granted a final wish to resolve an unfinished promise he had made while he was alive.

Extract the .zip file and run the executable.

If you get the Windows Defender warning when starting the game, ignore it by clicking on More info then press Run anyway.

I was checking out the game but it absolutely froze (twice) when I approached the end of the first conversation with the angel and I couldn't proceed. (Also, having no skip and no back button is making reading a bit tough, oh no!)

Anyone else have this problem? :o

That's strange. What platform are you on? I've received messages about how the game acts weird on Mac. As far as I know, the Windows version doesn't crash at any point during the conversation with the angel.

I'm terribly sorry for the mistake. I will try to fix this as soon as possible.

I'm very sorry but I've been unable to reproduce the crash at the end of the first conversation with the angel. I tested both the 32-bit and 64-bit version and they worked fine.

I'm afraid some of your game files were corrupted during download and that's why it kept crashing. Have you tried re-downloading the game?

The game DOES NOT CRASH! The game FREEZES. The game stays up, the image of the angel stays there, and then nothing happens. Simply nothing.

So, that fixes that, haha.

Sorry for the trouble!

Seems like you had the demo version of the game, that's why it abruptly ended after the conversation with the angel.

I'm glad to see that things are fine now. Thanks for checking out the game!

This is just really beautiful work so far, can't wait to see how it progresses. Stunning art!

This is very sad :' but good luck working on finishing the game!

I'm taking it that the game ends just before he expresses his wish? There wasn't too much but it's pretty good so far, and the art is very pretty. Hopefully there will be more in the future?

Yes, the game ends there at the moment but we're definitely still working on finishing the game. Thank you for looking forward to our game! 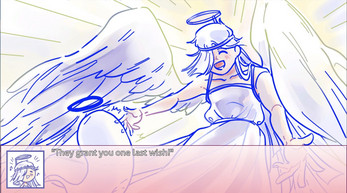 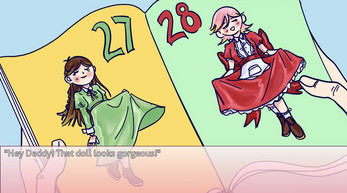 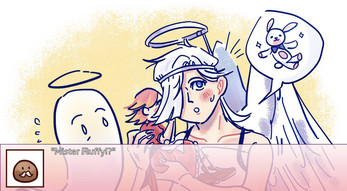 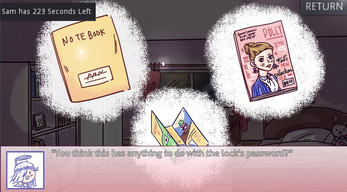